One day, Survivor 42 contestant Daniel Strunk reached out to me about his marriage proposal plan. His girlfriend, Monisha, had no idea that she’d be getting a ring and an East Rock engagement session in New Haven.

But here’s an interesting twist: I later learned that Daniel was one of the 18 Survivor 42 contestants. At the time of their engagement in late March 2022, something like two or three episodes had already aired. This was going to be interesting!

Can You Drive Up East Rock?

The short answer is: yes, but it depends. Officially, there is a long, winding driveway that allows you to drive to the park at the summit of East Rock Park. Regardless, the city of New Haven sets the rules. Currently driving up East Rock is only allowed on Sundays (starting in the summer of 2022).

Surely, you’re thinking that this is an awkward way to start telling Daniel and Monisha’s story, but I promise that there’s a point. I nearly missed the proposal because I had to run up East Rock on foot! Good thing I arrived early.

The Elements of a Perfect Surprise Proposal

Daniel’s proposal to Monisha went perfectly. After this “Survivor proposal,” he revealed me by waving hello. Next, we started their East Rock engagement session.

Like many of my other couples, this location was chosen because it’s special to them. Daniel explained to me that he and Monisha met in New Haven; there’s actually a Yale connection between the two of them.

Monisha and Daniel were right at home, literally, during their session. They have great energy together and I was able to pick up on this early on.

When we finished at East Rock Park, we headed to another part of their old stomping grounds in the East Rock neighborhood. This is an excellent, walkable neighborhood with plenty of date ideas.

As a proposal photographer, I never thought I’d photograph a Survivor proposal, but this is what makes my job so much fun! To learn more about my engagement and wedding photography, just use the links below. 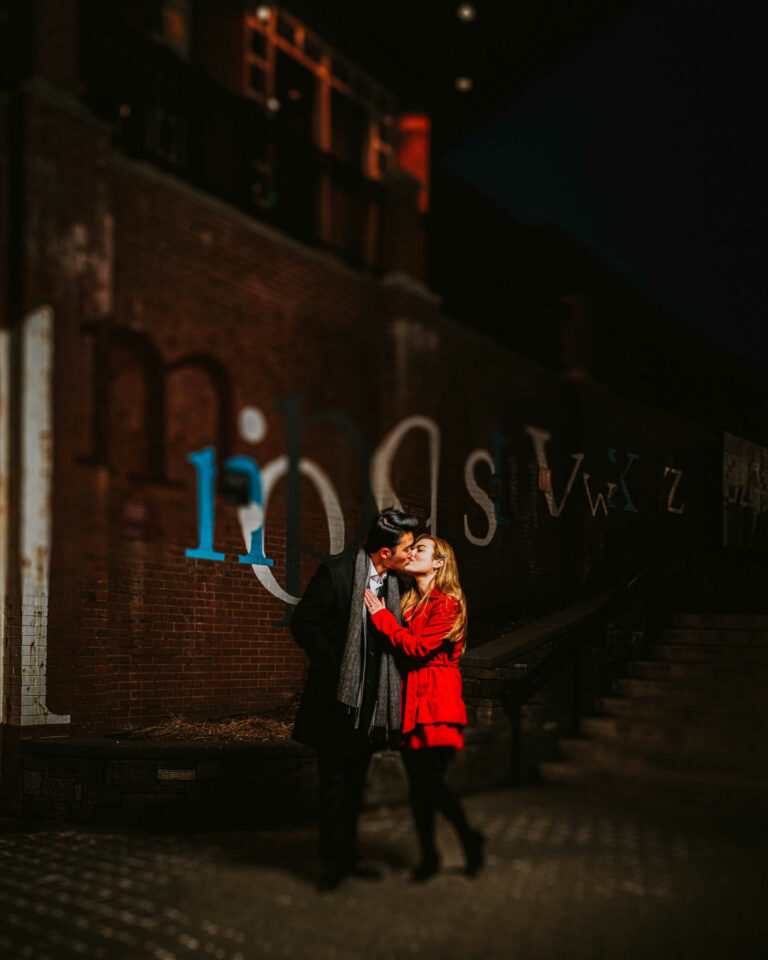 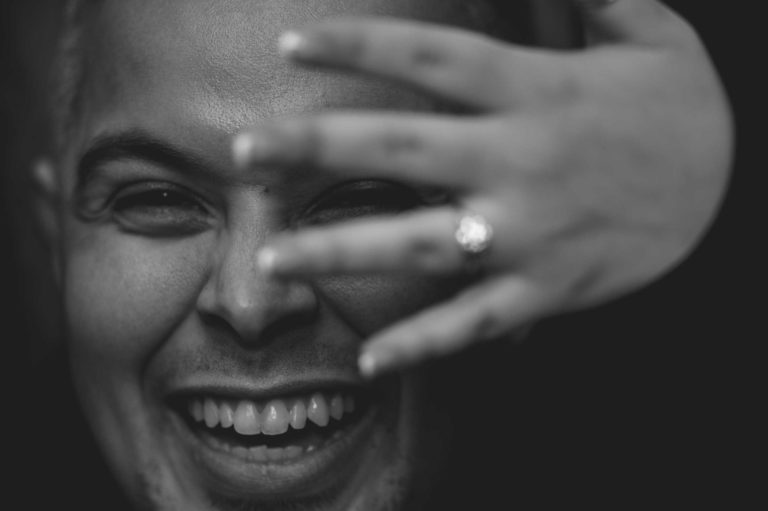 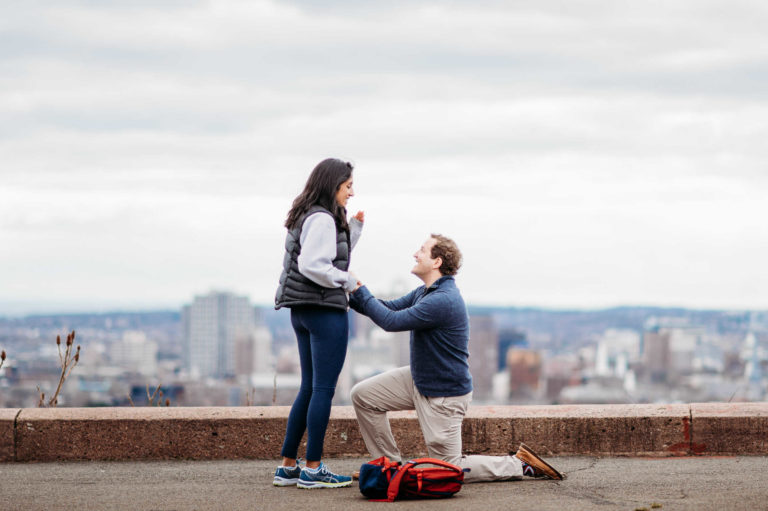